Plumas County Department of Public Works is proposing to replace a structurally deficient and functionally obsolete single-lane bridge on Keddie Resort Road over Spanish Creek. The Project will replace the existing bridge with a two-lane structure on an improved alignment. The existing bridge will remain in place during construction to maintain access across Spanish Creek. 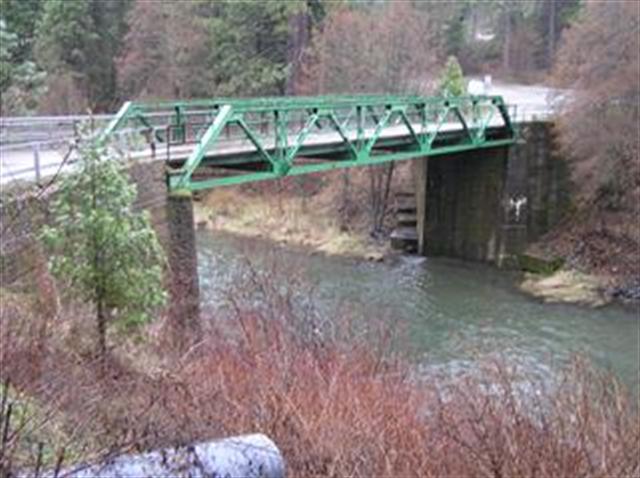 The existing Keddie Resort Road Bridge was constructed in 1914 and a pedestrian walkway was added to the southern side in 1965. The existing structure is a single-span Warren Pony Truss carrying a system of steel floor beams and stringers that support a corrugated steel deck overlaid with asphalt concrete, supported by reinforced concrete spread footing abutments. The roadway approaches are paved and approximately 20 feet wide. Each roadway approach to the bridge has a sharp low-speed horizontal curve. Due to the tight horizontal alignment and narrow bridge, the existing operated speed within the project limits is below 25 mph. 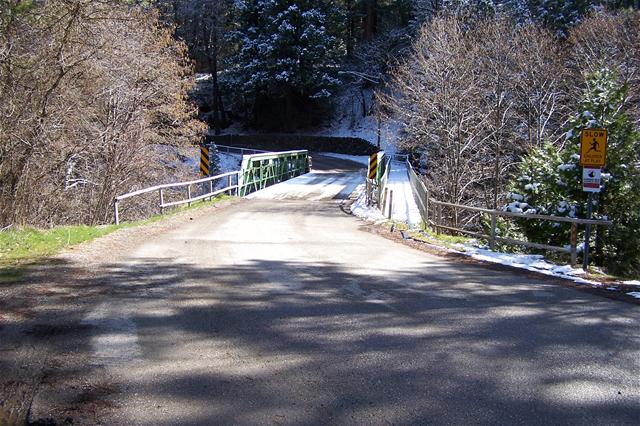 The existing Keddie Resort Road Bridge is classified by Caltrans bridge inspectors as functionally obsolete and structurally deficient due to its narrow width and failing paint. The existing structure also has significant cracking along the asphalt concrete deck and undermining at the west abutment. Currently there is no permit loading allowed across the structure.

A bridge with a sufficiency ratings of less than or equal to 50 and is also Structurally Deficient or Functionally Obsolete is eligible for replacement under the federal Highway Bridge Program (HBP). The existing Keddie Resort Road Bridge has a sufficiency rating of 5.0.

The proposed replacement bridge will be 28 feet wide (26 feet clear between bridge rails), two-lane structure with a design speed of 25 mph. The County is currently investigating bridge types, but the replacement structure will likely be a combination of precast/prestressed concrete and cast-in-place reinforced concrete elements. New roadway will be constructed to meet the new structure and will conform back to the existing road within approximately 200 feet on either approach.

Quincy Engineering, Inc., from Sacramento is the prime consultant for this project.