The existing bridge was constructed in 1956 as a 21-ft wide, three-span concrete deck on steel plate girder bridge. During the January, 1997 flood, the northern span and abutment were washed away. Consequently, the northern portion was "temporarily" repaired with two Bailey bridge spans, new abutment and a pier.

The California Department of Transportation (Caltrans) inspection report has classified the existing bridge as Functionally Obsolete, with a sufficiency rating of 57.8 making it eligible for replacement with federal funding through the Federal Highway Administration's Highway Bridge Program (HBP).

The Sloat-Poplar Valley Road Bridge is located in Plumas County and crosses over the Middle Fork Feather River approximately 0.5 miles upstream of the confluence with Long Valley Creek.

The Project is located in the southern portion of Plumas County, California. It is approximately 40 miles west of the California/Nevada border and approximately 100 miles northeast of Sacramento. The existing Sloat-Poplar Valley Road bridge is located at latitude 39º51'38" North and longitude 120º43'40" West. 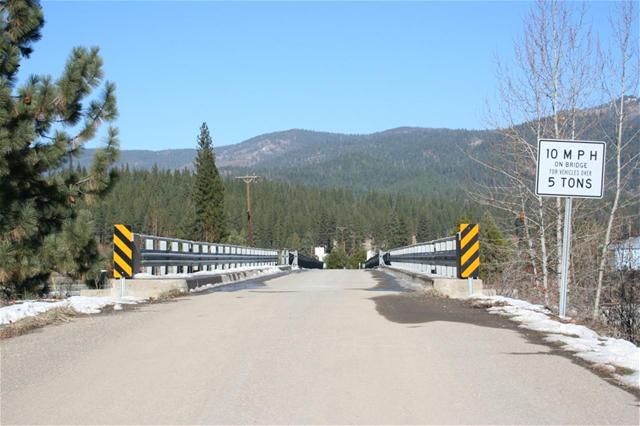 Looking north across bridge towards Sloat 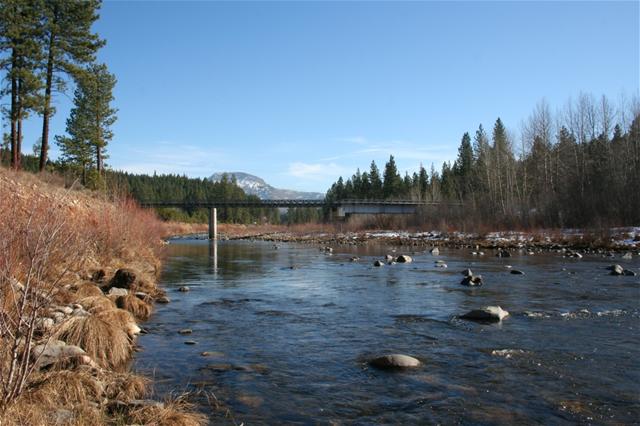 The County is proposing to replace the existing one-lane Sloat-Poplar Valley Road bridge over Middle Fork Feather River. The proposed bridge would have three spans and would accommodate one lane of traffic in each direction.

The Sloat-Poplar Valley Road bridge was constructed in 1959 as a 21-ft wide, 200-ft three-span concrete deck on steel plate-girder bridge.

Previous bridges were most likely related to the Sloat Lumber Mill. The Sloat Lumber Co. started operations in 1912. Beginning in 1917, the Sloat Lumber Co began construction of a 30" gauge rail line in order to suit the second-hand equipment which came from the Empire City / Standard Lbr operation.The route crossed the Middle Fork at Sloat on a wooden bridge and turned west for six miles into the Poplar Valley and Peoria Creek area. In 1918 the name changed to the F S Murphy lumber Co., and from 1926 to 1936 the little road was part of the Quincy Lumber Co. operation.

During the January 1997 flood, the northern span and abutment were washed away. The bridge was repaired in the summer of 1997 with two Bailey bridge spans replacing the northern section and a new pier at the previous abutment location.

Bridge losses are nothing new for this location.The great Plumas County storm of March 1928 swept away the lumber company's bridge. The bridge across the Middle Fork of the Feather River consisted of four 28 foot spans along with a long trestle. The bridge was vital to operation and was replaced a month later.

The existing Sloat-Poplar Valley Road Bridge is functionally obsolete due to its single lane and posted speed restrictions. The existing structure was temporarily repaired after the 1997 Storm Damage event and partially funded by the Federal Emergency Management Agency (FEMA). Two bailey trusses replaced the collapsed northern span. These trusses have weight and speed restrictions for truck traffic. The bridge is posted at 10 mph for vehicles over 5 tons. Trucks with special loads requiring Transportation Permits are restricted to less than 5 mph and only while a Public Works engineer is present to monitor the vehicle's speed during crossing.

The new structure is proposed for two-lanes with a 25 mph design speed. The existing bridge will remain in place during construction to provide access to private homes, private gravel mining operations and to maintain access to private and Federal forest lands. The bridge is key to emergency and fire suppression response times for the forest lands south of Sloat and the Middle Fork of the Feather River. Detours using the nearest available river crossings (Camp Layman Bridge to the east and Nelson Point Bridge to the west) would require an additional 25-30 miles of driving 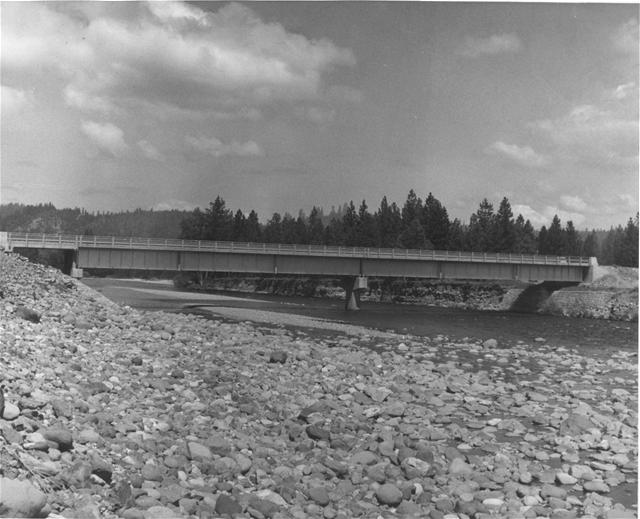 Original Sloat Bridge Constructed in 1959 – looking downstream - to the west.

Important Features of the River

The Middle Fork of the Feather River (M.F.F.R.) flows southwest before converging with the South and North Forks at Lake Oroville in Butte County.

The Middle Fork of the Feather River was designated a part of the National System of Wild and Scenic Rivers in 1968 by the U.S. Forest Service through the Plumas National Forest, Beckwourth Ranger District. The bridge crossing is located in the portion of the M.F.F.R. designated as recreational zone under the Act. Although the project is located on non-Federal lands, the project scope will be reviewed for conformance with the Recreation Management Plan, Middle Fork Feather Wild and Scenic River, Recreational Zone, 1978 by the Plumas National Forest, Beckwourth Ranger District.