Plumas County (County) plans to replace the Blairsden-Graeagle Road Bridge (proposed project) because Caltrans has determined that it is structurally deficient and functionally obsolete.

The Blairsden-Graeagle Road (County Road 521) Bridge is located in southern Plumas County, between State Routes 70 and 89. The communities of Blairsden and Graeagle are located to the southeast and northeast, respectively. The bridge crosses over the Middle Fork Feather River approximately 0.5 mile downstream of the confluence with Gray Eagle Creek. 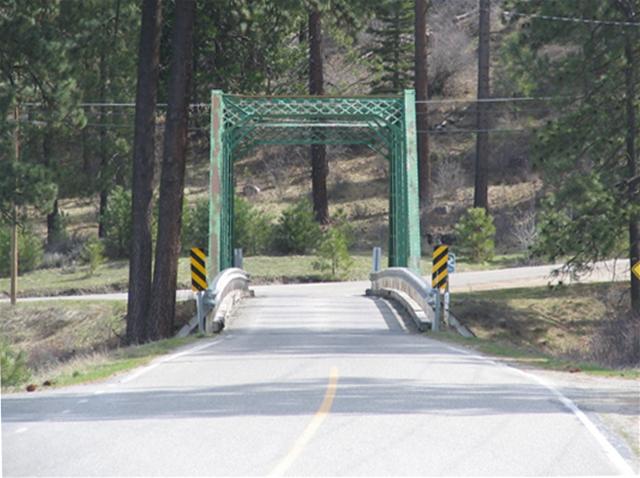 The bridge is approximately 25 miles southeast of Quincy and approximately 140 miles northeast of Sacramento. The existing bridge is located at latitude 39º46'23" North and longitude 120º36'41" West and at an elevation of 4,340 feet. 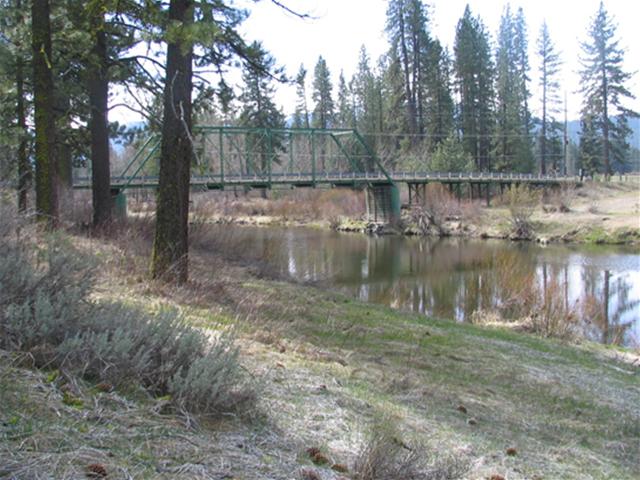 The County is proposing to replace the existing, narrow, one-lane Blairsden-Graeagle Road Bridge over the Middle Fork Feather River. The proposed bridge would be located downstream of the existing bridge, have two spans, would accommodate one lane of traffic in each direction, and would have a design speed of 25 mph.

The piers for the new bridge are expected to be single columns supported on large diameter cast-in-drilled hole concrete piles. The abutments are expected to be a reinforced concrete seat-type with cantilever wingwalls, supported on spread footings or driven piles. The bridge barriers will be open metal tubular railing in order to facilitate snow removal and prevent the accumulation of snow and ice on the deck. Replacement of the existing bridge with a new structure would require new paved two-lane roadway approaches. The length of the new roadway approaches would be based on the minimum length required to conform the new roadway to the existing roadway, considering both the horizontal and vertical requirements for conforming. It is anticipated that a crowned roadway section would be used.

Contractor access would be provided at each end of the project site using the existing Blairsden-Graeagle Road. The existing bridge and roadway may be closed during construction, but feasible detour routes around the proposed construction site are available along existing paved roads in the vicinity. Access to the County transfer station will be maintained throughout construction.

Following is a summary from the "History of the Denten Bridge" that was prepared by Mr. Scott J. Lawson, Plumas County Museum Director

The existing Blairsden-Graeagle Bridge (Bridge Number 09C-0134) was originally constructed in 1902 by local contractors Geo. Brandt & C.J Lee to replace the Mohawk Howe Truss Bridge at the Denten Place, a wooden structure that was constructed in 1882. The new steel bridge withstood a record flood in March 1907 but incurred serious damage during a fire in early July of 1916. The wooden approach and a section of wood planking on the main bridge were burned entirely and a steel girder was severely warped. On July 29, 1916, W.J. Maxwell was authorized by the County Board of Supervisors to repair the damages sections of the bridge. At some unknown time in the 1930's, the State of California took over ownership of the bridge and road. On November 17, 1953, the County Board of Supervisors passed Resolution #644, which accepted the relinquishment of the State Highway Commission and would incorporate the bridge and road back into the county road system once the bridge met the one-way legal load limit. Final acceptance was delayed until 1956 after the State completed necessary repairs to the bridge to address damage sustained during a record flood in 1955. The bridge has been subsequently renovated in 1965 and again in 1981. 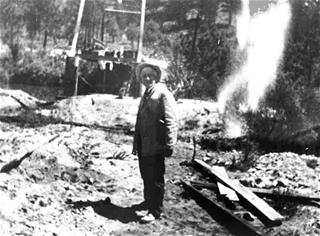 The existing bridge is a nine-span, 264-foot-long bridge with a 115-foot single span pratt through truss main span. The main span is supported on concrete-filled steel cylinders. The eight approach spans are steel stringers supported on steel pile frame bents. The deck is made of corrugated steel planks with an asphalt concrete wearing surface. The south abutment is a steel pile frame (with steel back wall), and the north abutment is concrete. The approach roadway is paved and is approximately 15 feet wide. The terrain where the bridge is located is flat to rolling. The bridge has an identified average daily traffic (ADT) volume of 493 (dated 2008). Based on observation, the current traffic speed over the bridge is less than 25 miles per hour (mph).

Purpose of and Need for Project

The project study area is within the Middle Fork Scenic Area and directly adjacent to the Mohawk Valley Scenic Area, as designated in the County's General Plan. In addition, Blairsden-Graeagle Road is a County-designated scenic roadway and State Route 89 is an "Eligible State Scenic Highway." The proposed project will be evaluated to determine consistency with applicable County land use guidelines for projects within and directly adjacent to designated scenic areas.

The Middle Fork Feather River flows northwest from the project area before it confluences with the South and North Forks at Lake Oroville in Butte County. The river was designated a part of the National System of Wild and Scenic Rivers in 1968 by the U.S. Forest Service through the Plumas National Forest, Beckwourth Ranger District. The bridge crossing is located in the portion of the river designated as a recreational zone under the Wild and Scenic Rivers Act, with fishing, boating (kayaking, rafting), and swimming as the primary recreational uses. Although the project is located on non-federal lands, the project scope will be reviewed for conformance with the Recreation Management Plan, Middle Fork Feather Wild and Scenic River, Recreational Zone, 1978 prepared by the Plumas National Forest, Beckwourth Ranger District.